In this first edition of our Garage Envy Series, we meet up with once local Joey Yeaman to talk about 'picking' and what his perspective is on what he does everyday.

Your name? Who are you?

What sort of stuff do you keep in your garage?

Old motorcycle parts for when I have a bike and am going to sell it, I always a little... what do you call it?

Not jewels... GINGERBREAD. To make things a little better. So, I try to keep a few of those things for whatever I'm going to be working on. Gingerbread are these little accessories like flair, like a patch on a vest. 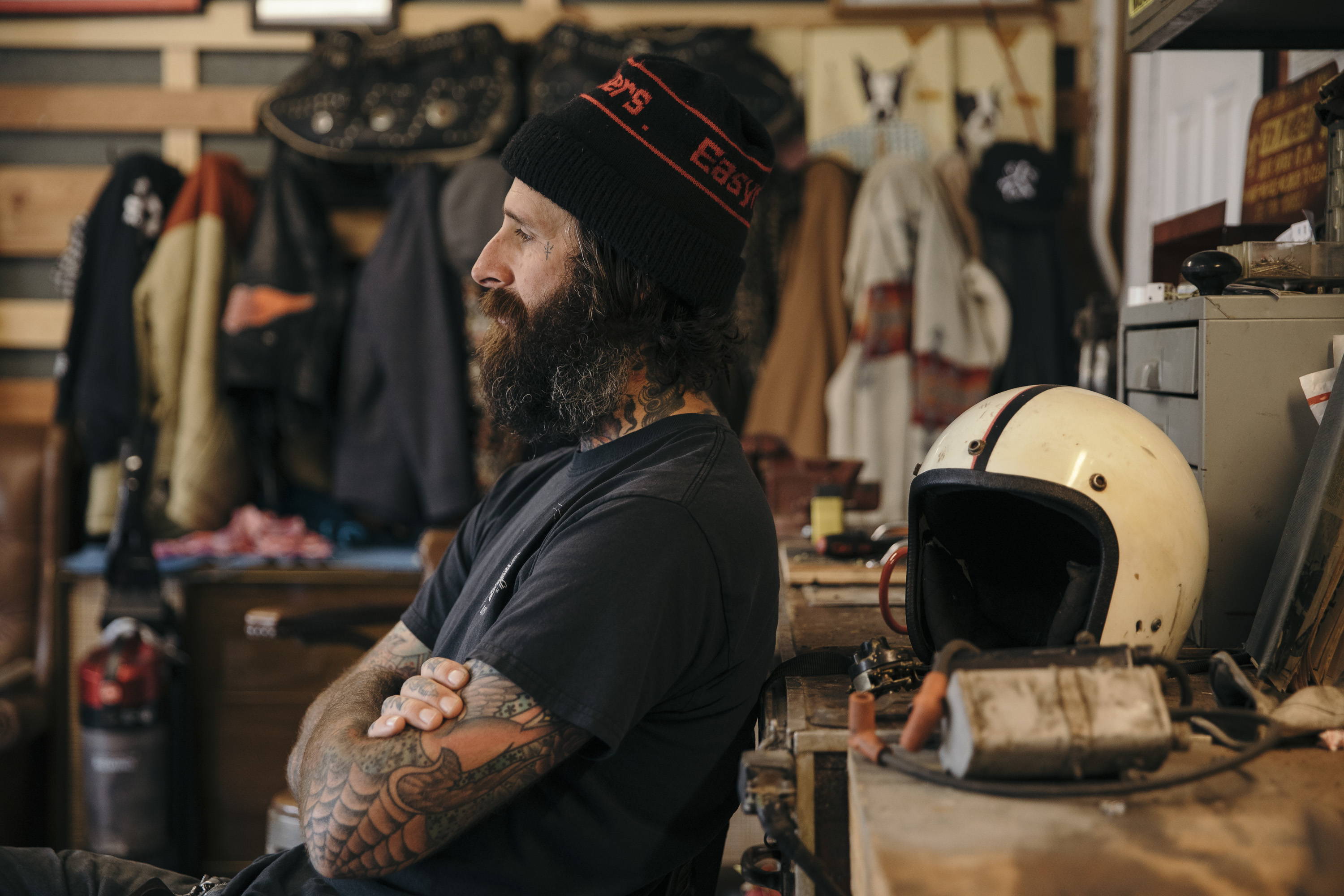 Above Picture: Joey in fashionable interviewee position on top of all the gingerbread.

Do you have a favorite motorcycle?

My favorite bike, that I still have is my Panhead, and that is the only reason I still have it. I think I love all the bikes I end up getting, but when you do it for a job you can't get attached. That's the hard part, I've had too much cool stuff. What makes it fun is finding another owner for it. 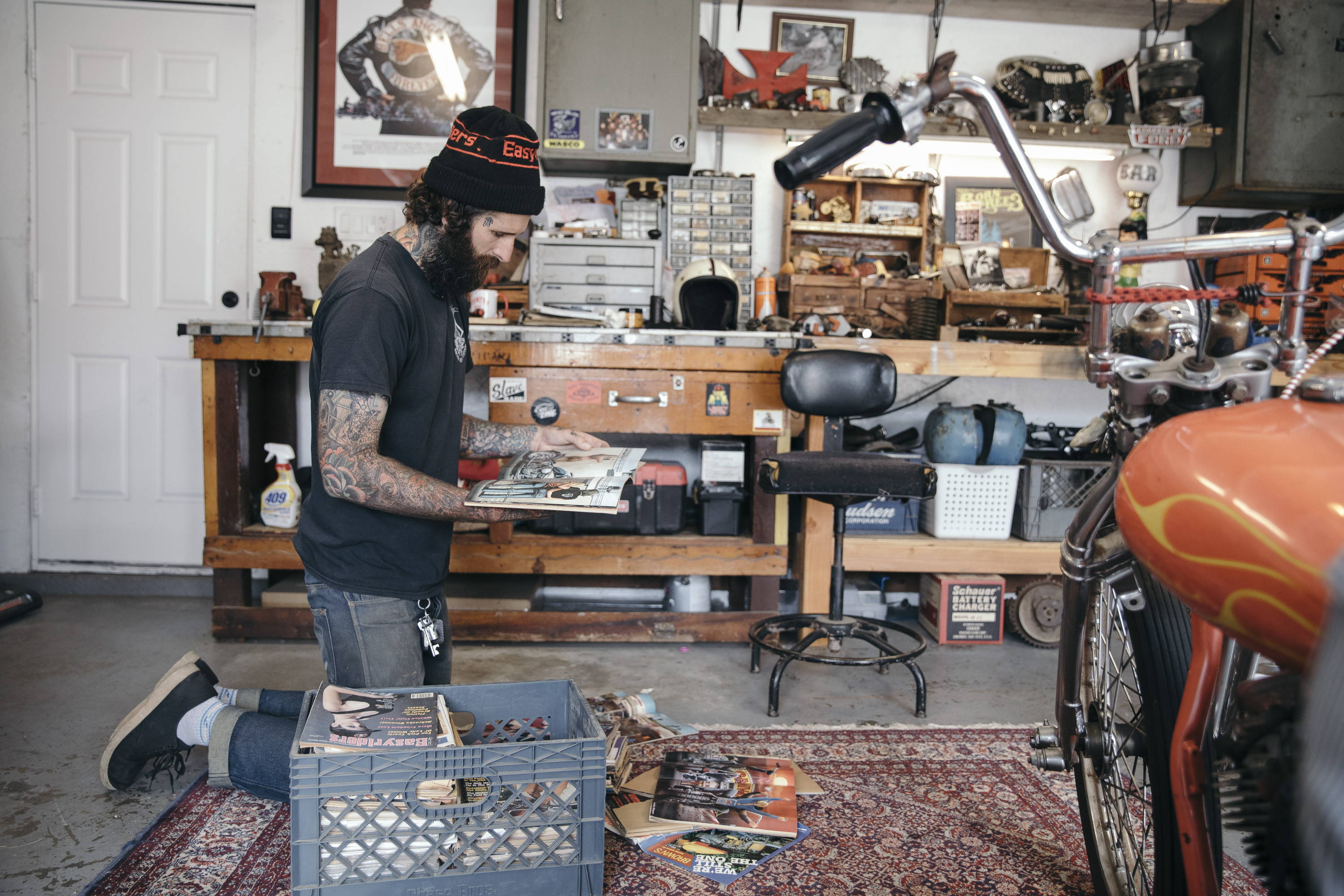 Above Picture: Joey sorting through his epic collection of vintage Easyriders Magazines. 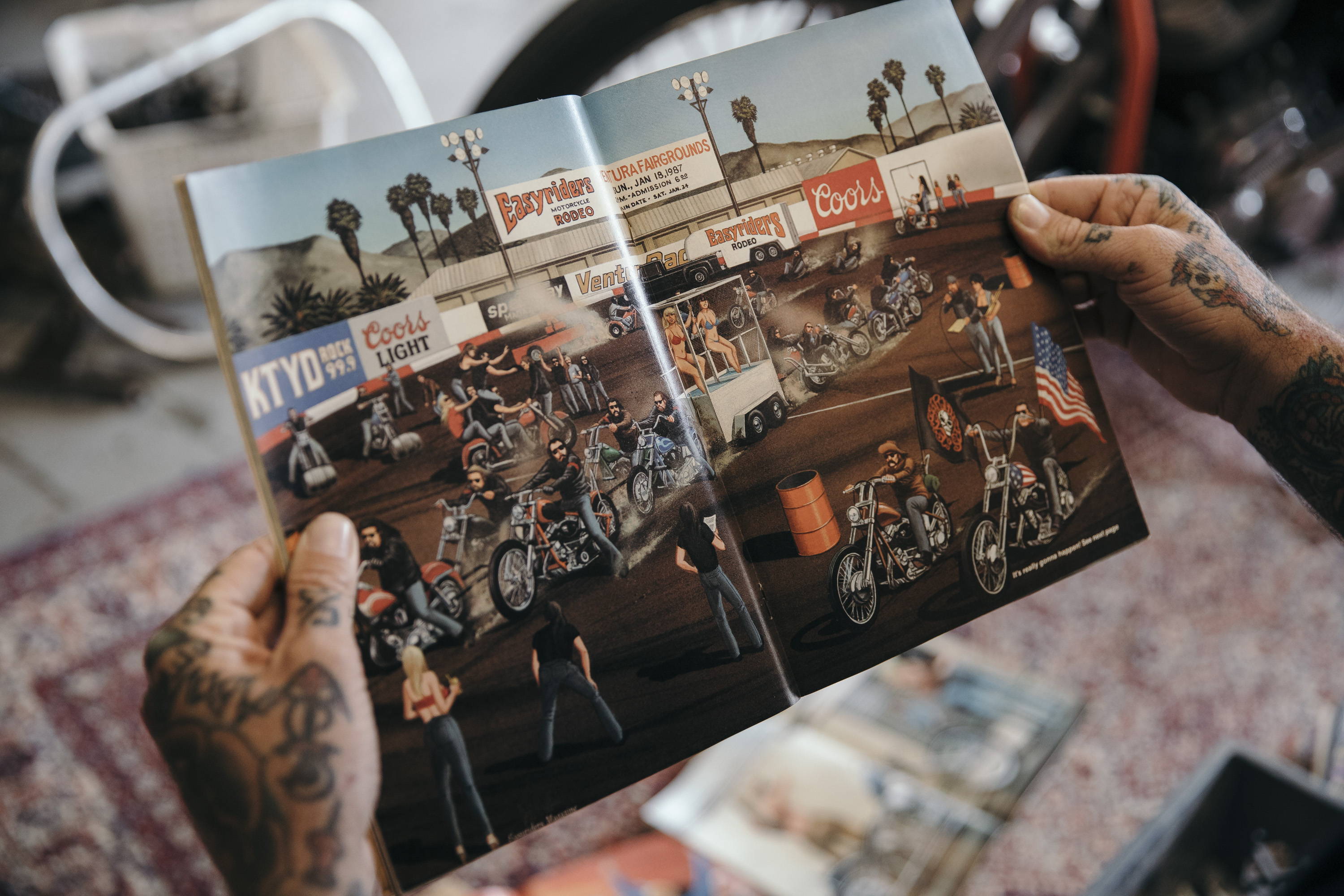 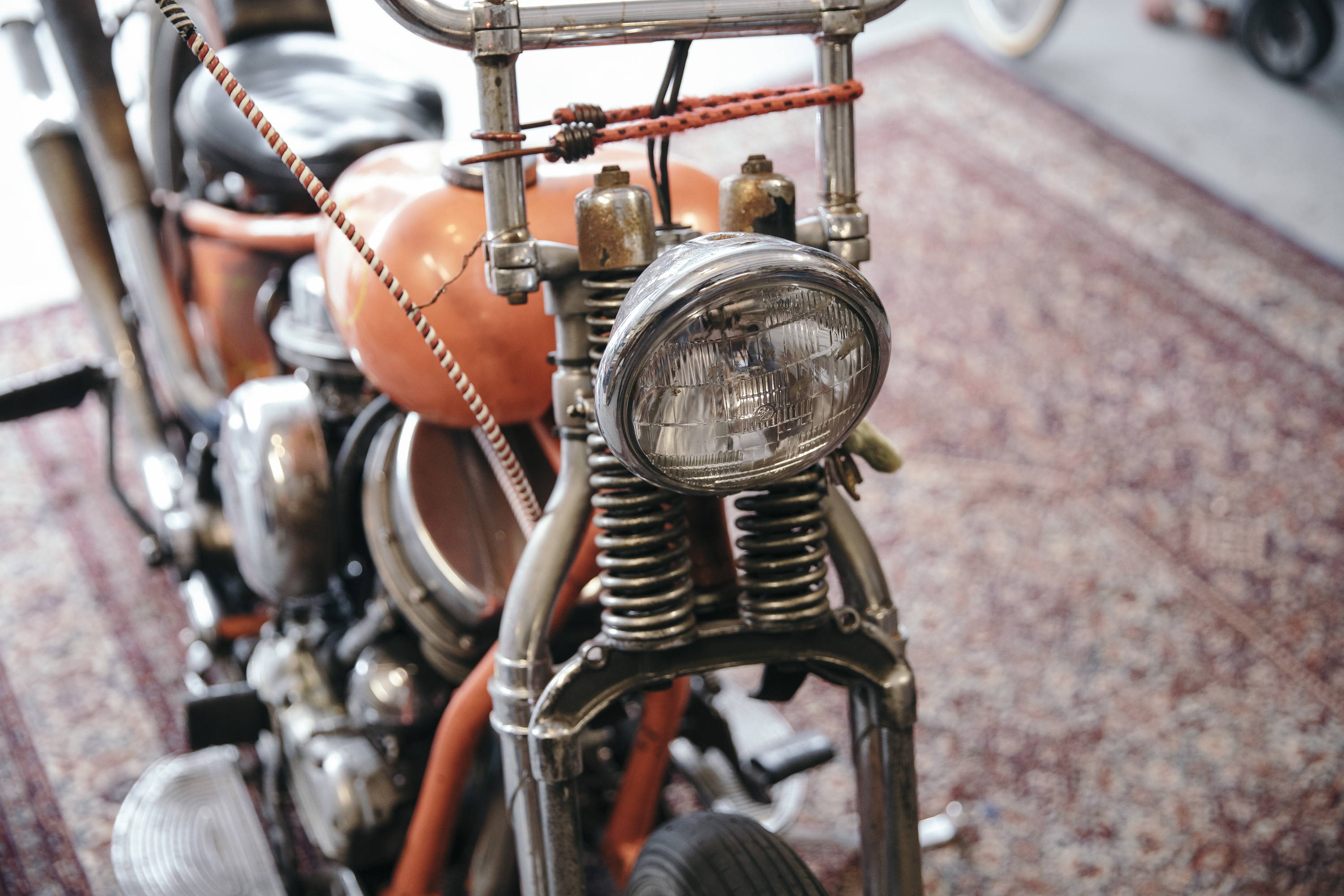 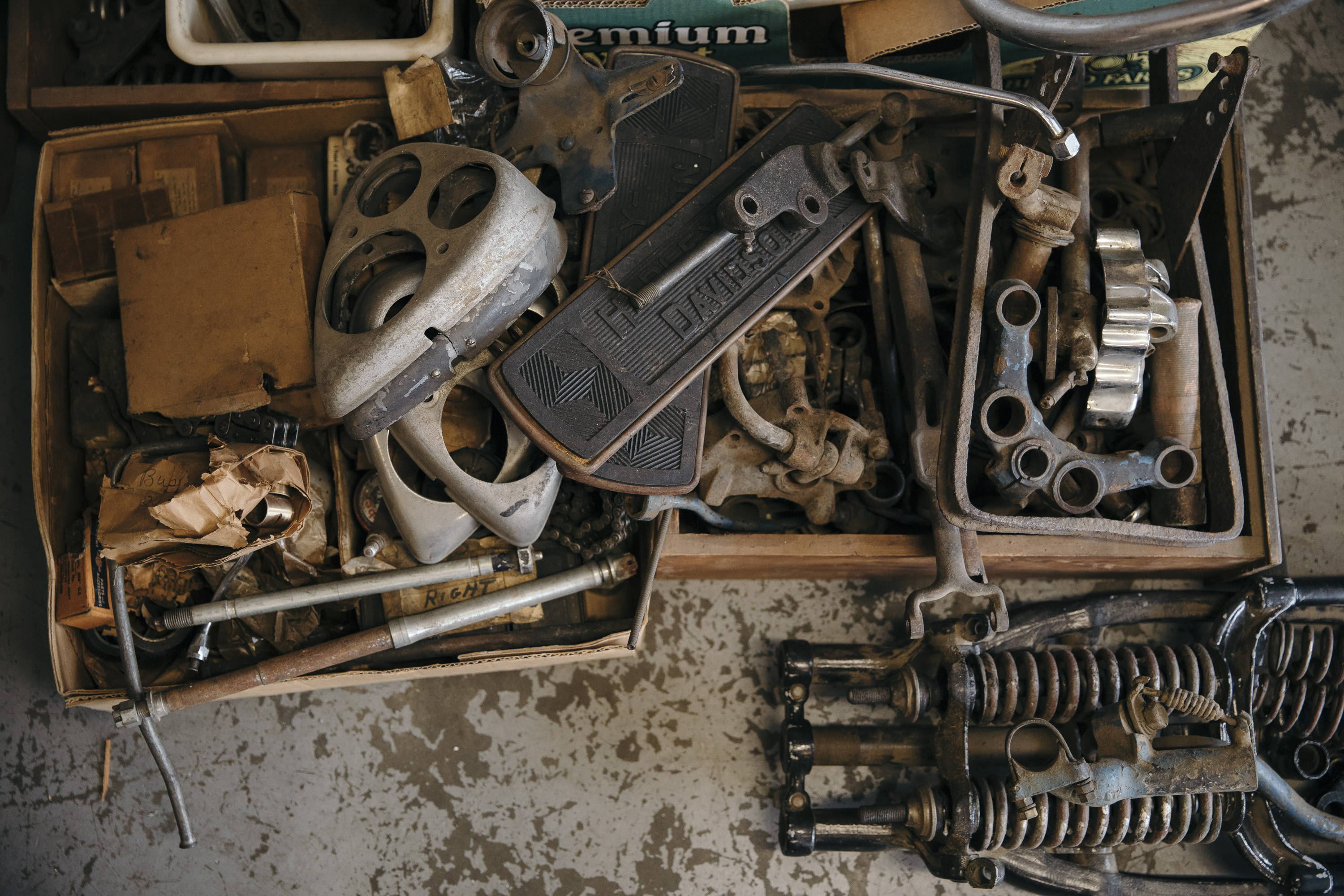 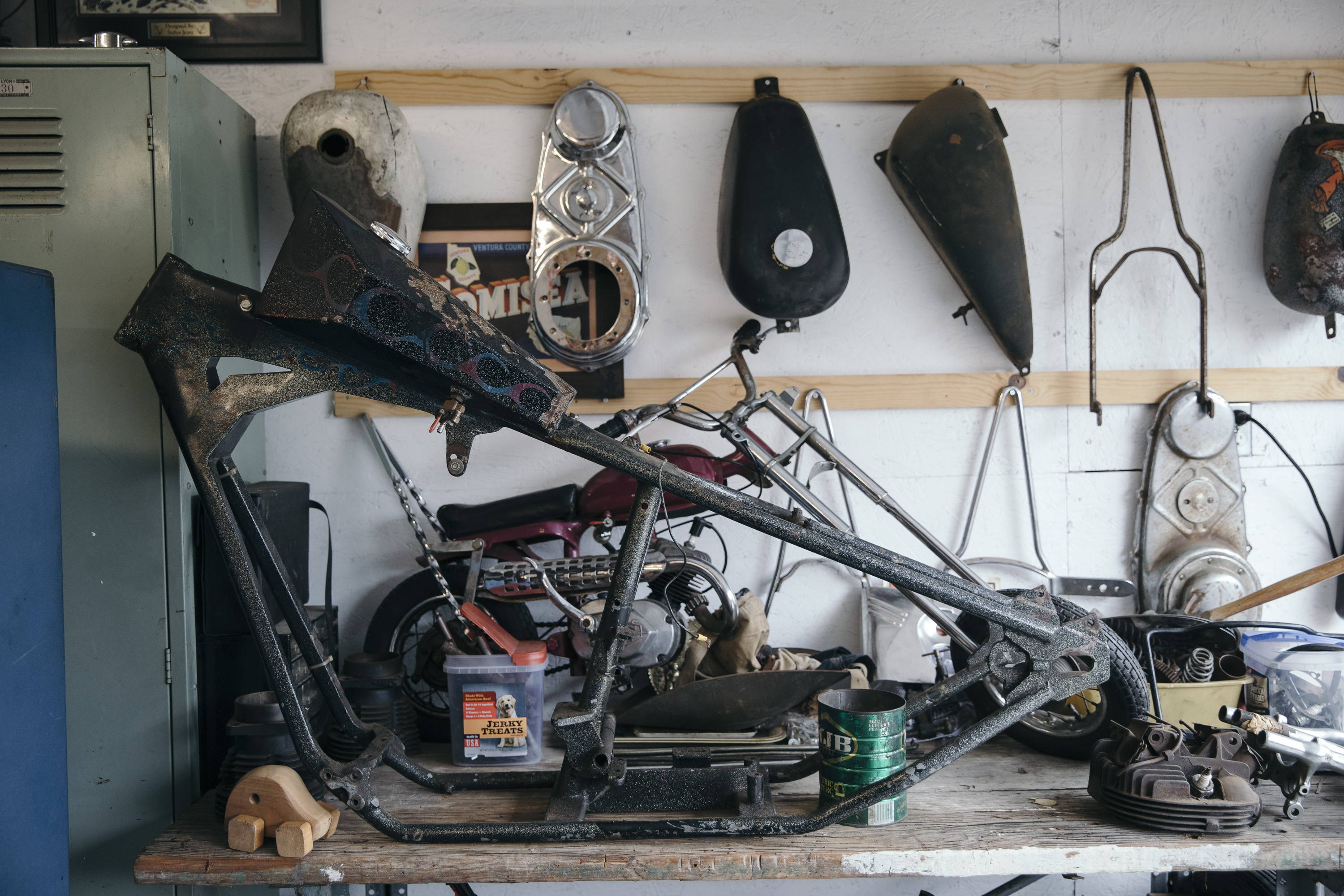 Tell us about your Panhead.

I first bought this bike off Craigslist in Ohio. No pictures, I think I've had it for five years now. This guy Mike had it. He was in a club called the Road Saints, and one of his club members left it to him. When I first got it, it had a +14 wide glide on it, king and queen seat, built ape hangers, different pipes. But basically, I built it into my ideal chopper: short and stocky.

What's the coolest thing you have?

This little chopper is kid sized. Built in the '70s and never even really been ran. It's just a little show bike.

I have one of Bud Ekins' tanks that he ran in one of the Catalina Grand Prix Races. I got this from a guy that was in the Checkers MC. I got some of Bud Ekins leather pants, and I think a pin. I'd like the bike that this goes on, so I've been saving it. Normally, I would've sold this thing in about two seconds, but I'm keeping this one for a little bit while I find the right project. 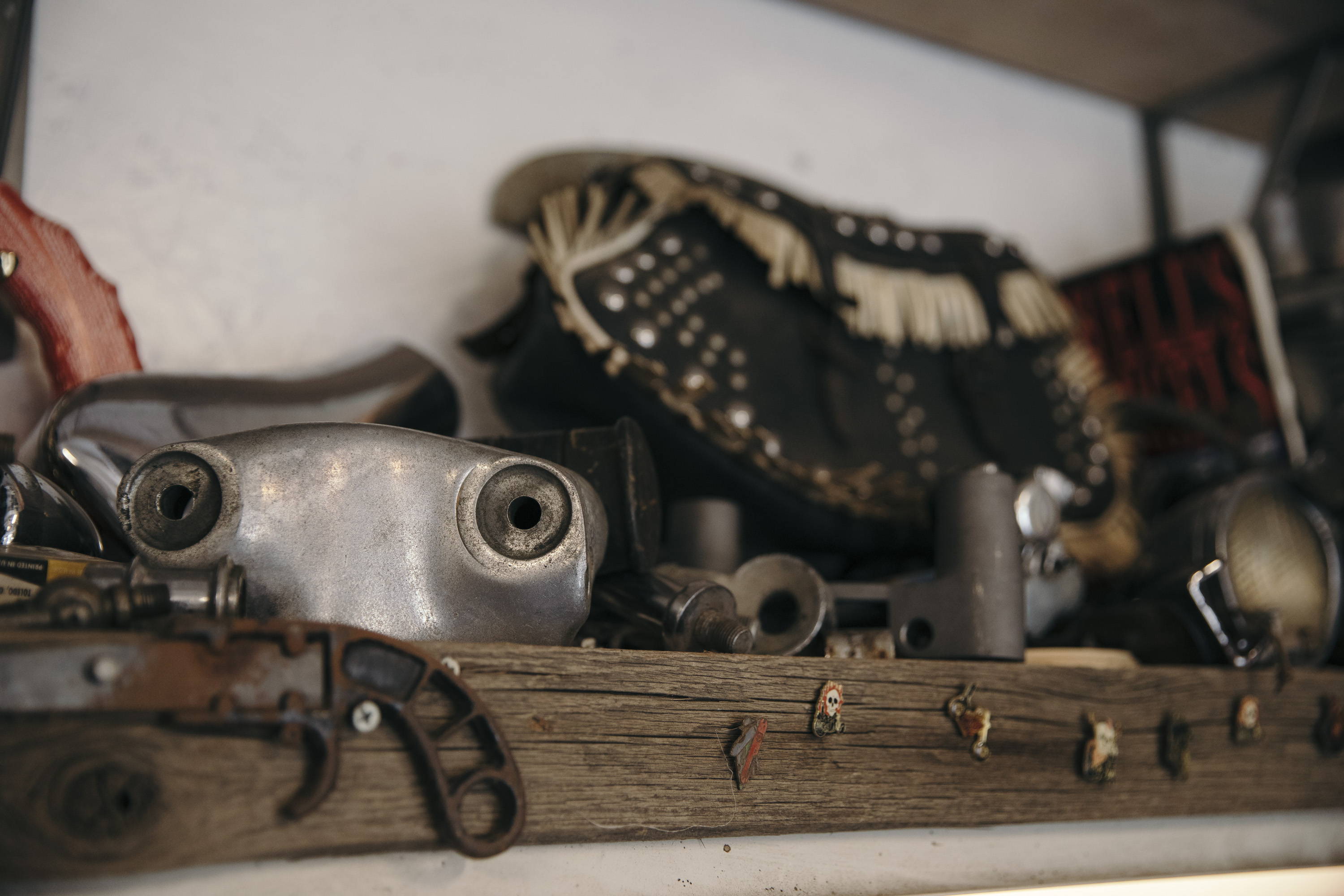 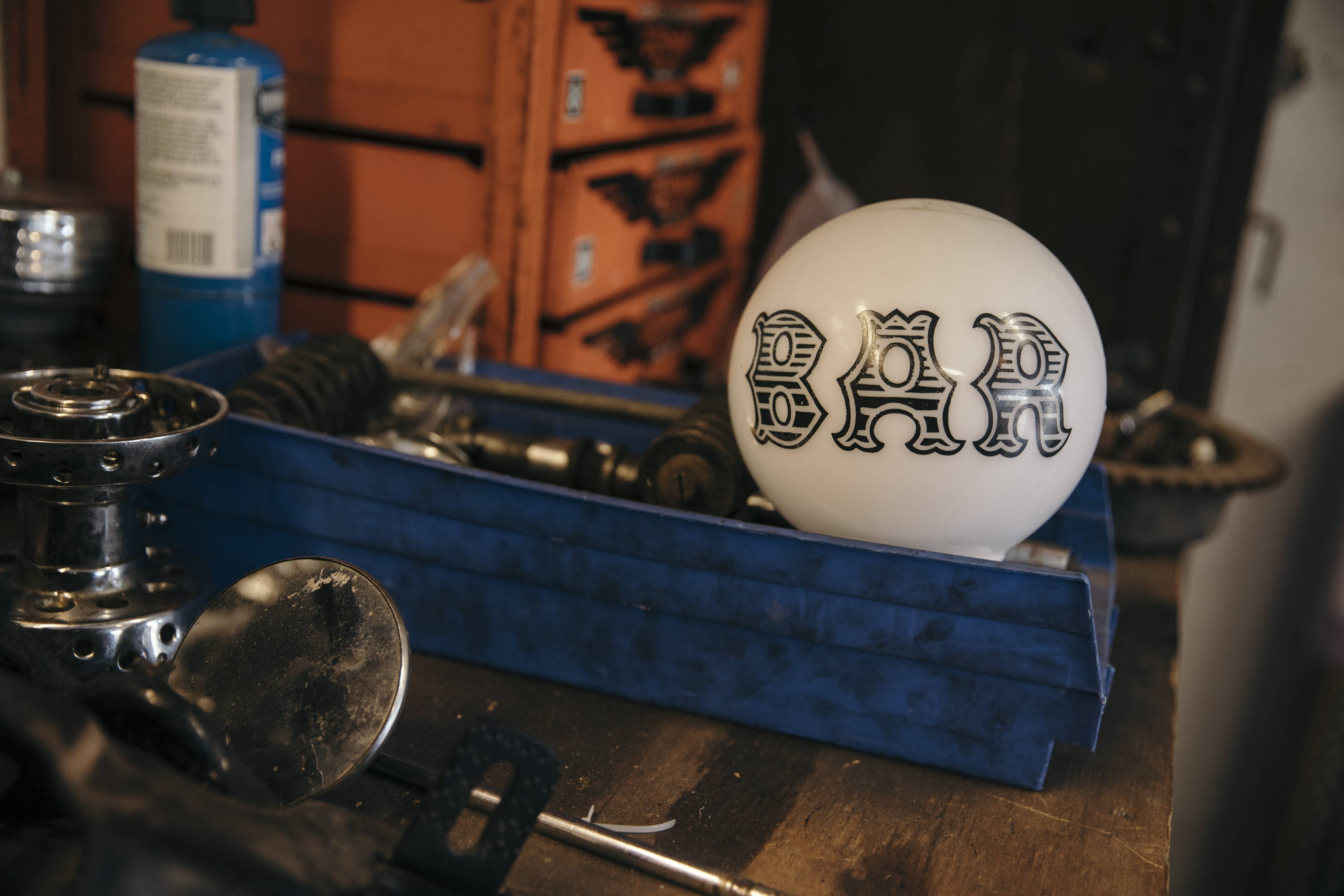