if you've looked at heavy-duty outerwear, you may have come across jackets made of waxed canvas. there is definitely a huge list of them out there, dating back to the early 20th century. for us, our Rambler Jacket was the piece that started it all for us. we first introduced our waxed cotton rambler jacket back on july 25th, 2013. it was our first ever cut-and-sew piece that we officially developed as a brand. we needed something tailored to our daily deeds. developed for our lifestyle. ready for really anything. not too technical. but stylish. you know, the basics. waxed cotton canvas was the material of choice. with all the cheap polyester and nylon options out there, this heritage fabric has fallen out of favor with some, but not with us.

we love this fabric because it not only provides a timeless look (meaning, it will never go out of style), lasts season after season, and is as rainproof as the best leather jackets out there. it also represents hundreds of years of honest craft history. 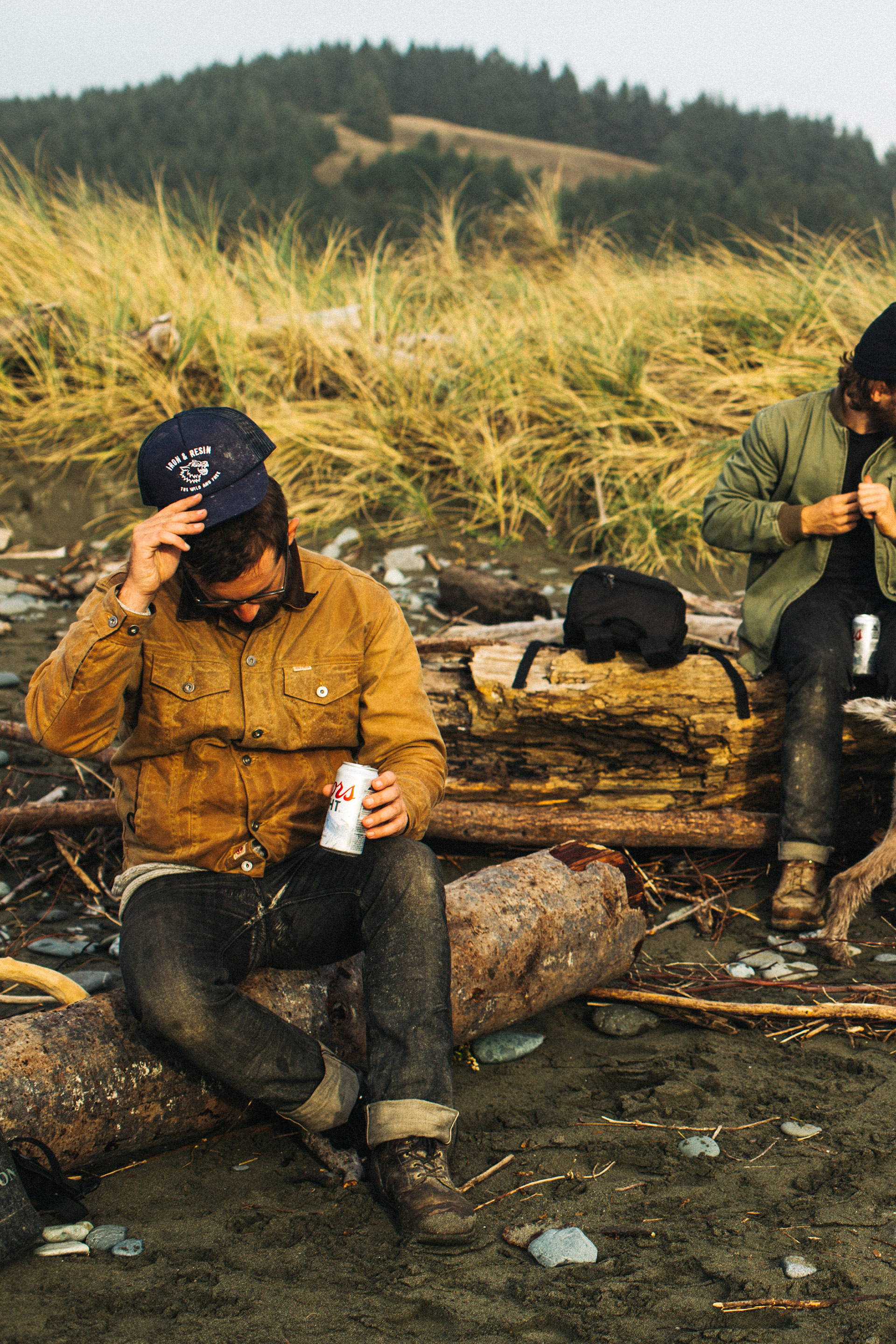 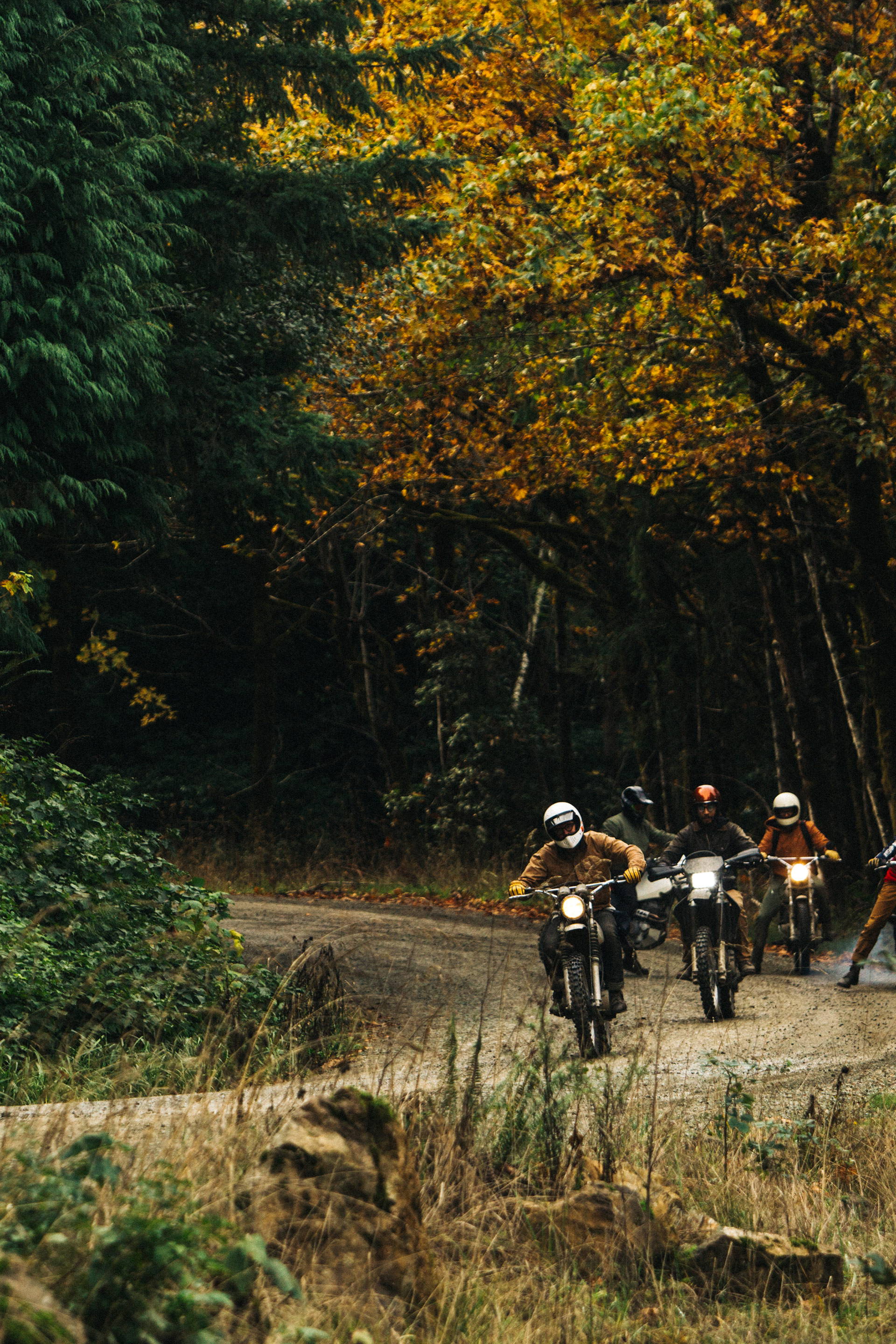 first, let's break down what canvas really is. you may think of paintings when you think of canvas, or tents or ship sails, and you'd be right every time. they're all close to the same thing. canvas is a versatile ancient weave dating back to India, 1500 BC.

most people only think of the fibers — stuff like cotton, silk or flax — when they think of fabric types. however, the way the strands are woven is what really determines what the cloth looks and feels like. the weave structure is what separates tough cotton canvas from thinner, lightweight cottons.

canvas is a plain weave, aka the most basic pattern, but with the threads woven extremely tightly together. this makes a fabric strong enough for a ship's sail but flexible enough to stretch across a wooden frame for a painting — and perfect for the everyday, practical cut like our all-weather Rambler Jacket.

cotton canvas on its own isn't rainproof, though. most companies weave polyester or nylon in with the cotton to make it water-resistant, but there's an older way to do it that uses only natural fibers and materials. in waxed canvas, the cotton is coated completely with specialized paraffin wax (think candles) for a durable all-weather finish. hence the name: waxed canvas. 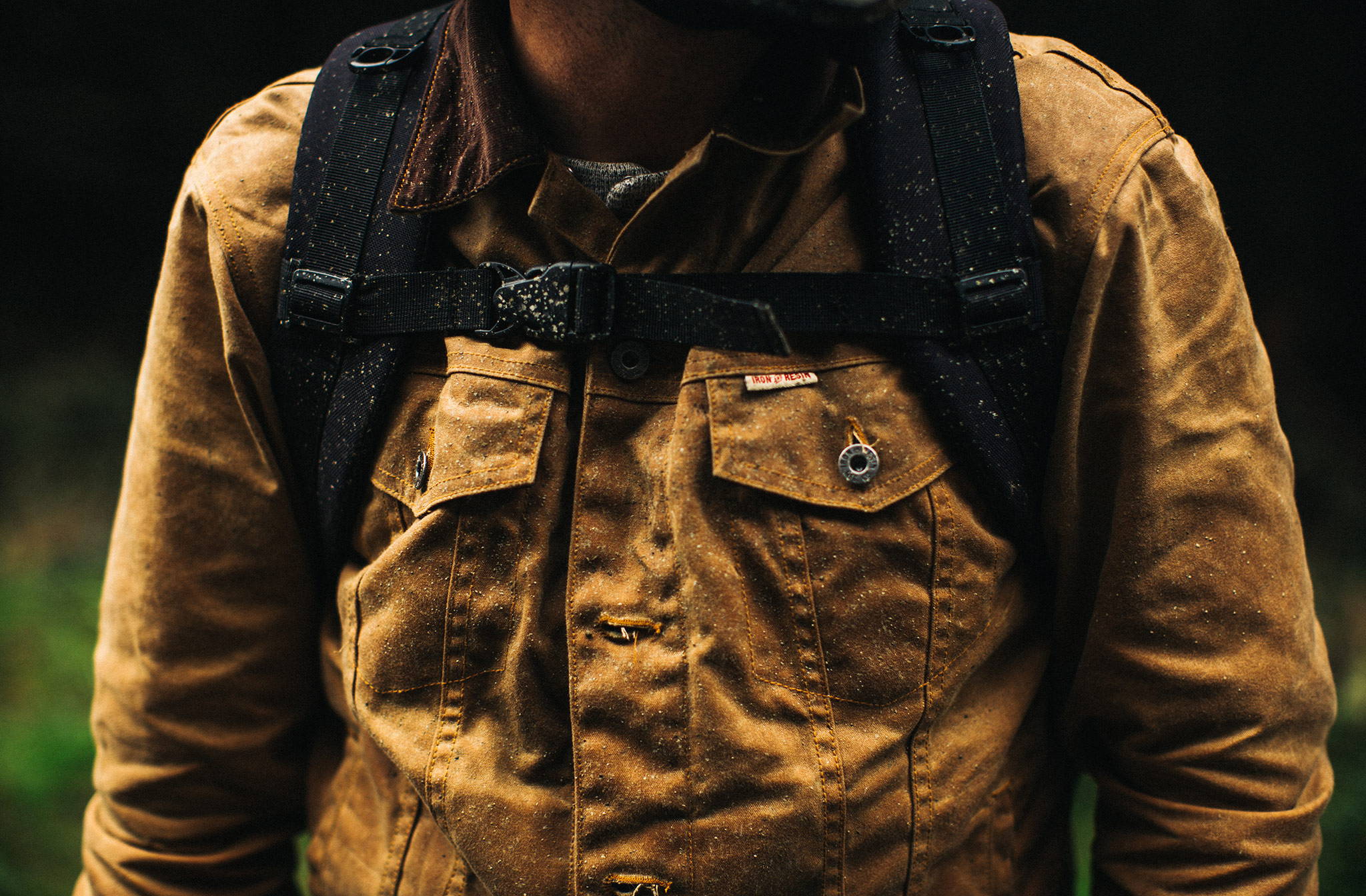 A Textile 500 Years In The Making

A Textile 500
Years In The Making

waxed canvas has a long history. after the canvas weave made its way from India to Europe in 800 AD, shipbuilders started using flax canvas as sailcloth. sails tend to work better when they're not soaking wet, so coating sailcloth with oil was part of daily ship life. fish oil wasn't a great option and grease was hard to spread, so eventually sailors settled on linseed oil pressed from flax. 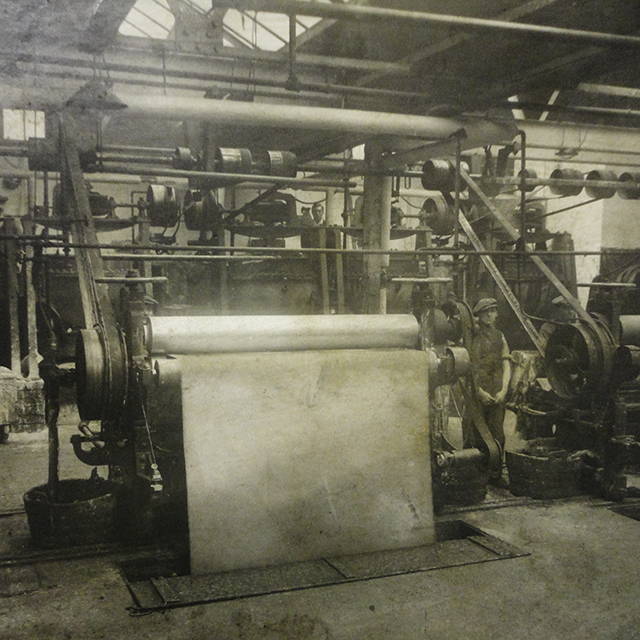 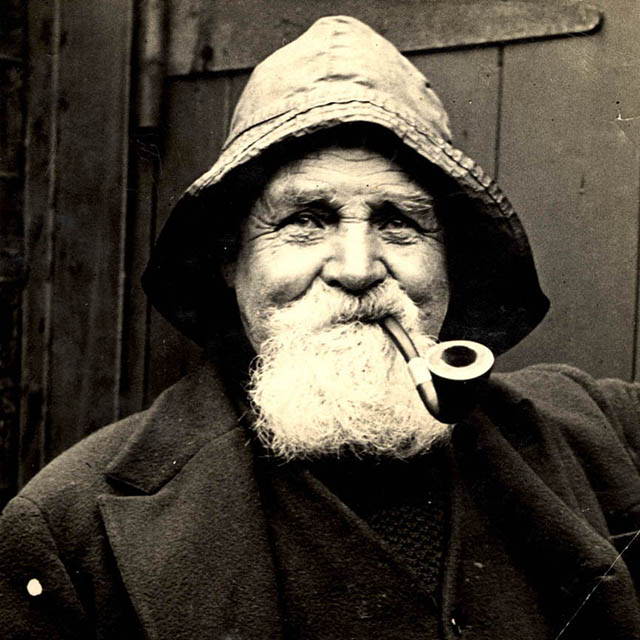 in the 1700s, the British navy switched to lighter cotton sailcloth and kept treating it with linseed oil. sailors noticed that the oiled cotton was flexible enough to sew into early weatherproof smocks.

a cotton finishing company called British Millerain developed a way to coat the cloth in paraffin wax instead. British Millerain is still around and still using those original, patented methods of waxing. they are textile experts and pioneers of waxed cotton development dating back to 1880. we have to say, this is one of the nicest waxed cotton canvas we've ever worked with. and man, are we insanely loving how it wears (our Scout Jacket is made with 12oz British Millerain waxed cotton canvas). they also bought the nearby mill to add generations of cotton-weaving tradition. we get our waxed canvas directly from those guys. they make it the exact same way that their family developed over a hundred years ago. 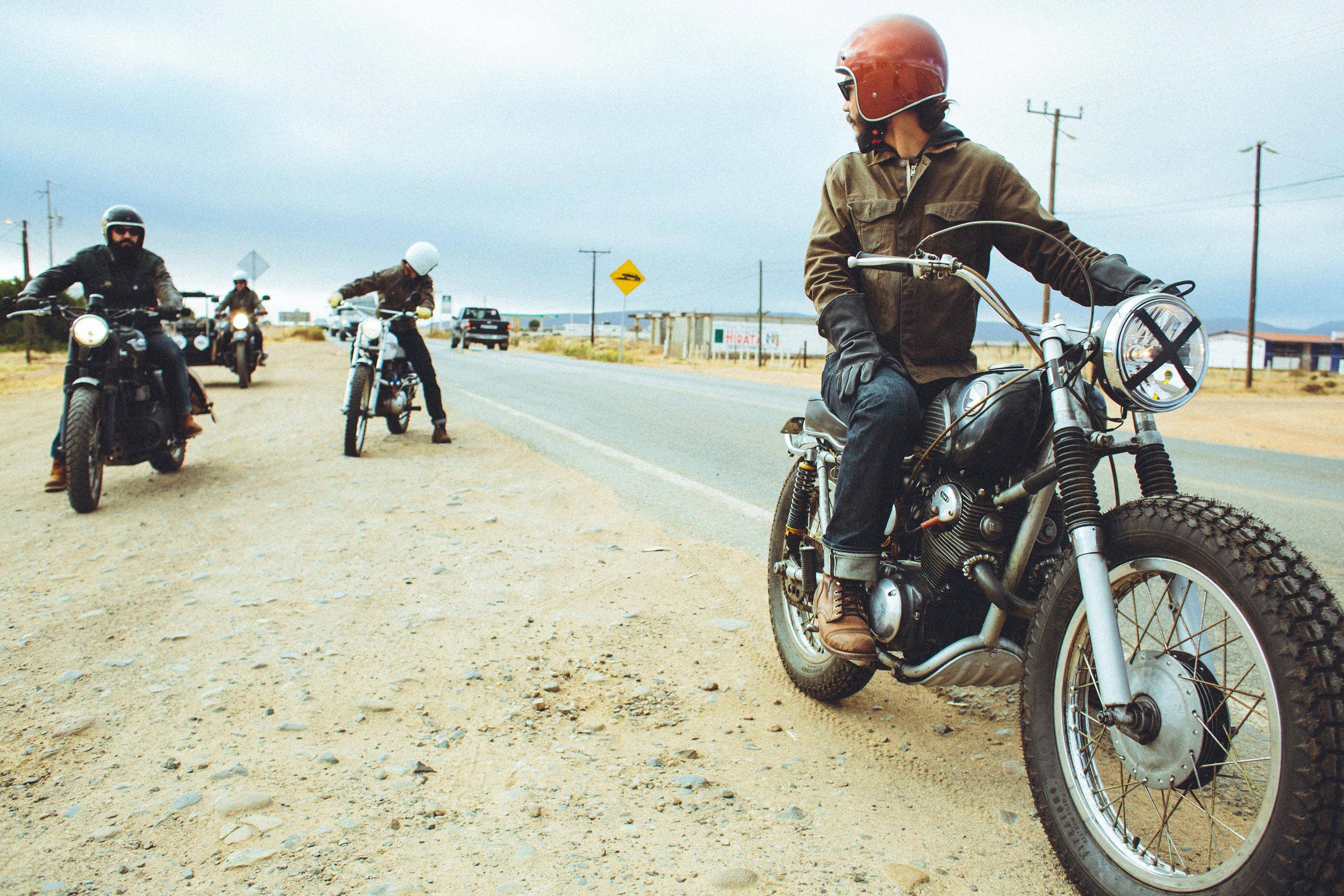 Why Waxed Canvas
Is A Superior Material

Why Waxed Canvas Is A Superior Material

the second we felt waxed canvas back in 2013 when hand developing our Ramber Jacket, we knew it was the perfect material to build all of our outerwear pieces from. if you need more convincing, here are three reasons this fabric outperforms and outlasts basically everything else out there.

before nylon, plastic and modern medicine, people really needed clothes that would protect them from the wind and rain — especially in England, where it's never not raining.

waxed canvas was always for the intrepid outdoorsman. it quickly caught on with motorcyclists, by which we mean the very first motorcyclists who ever got behind a pair of handlebars, at the tail end of the 19th century.

back then, you couldn't just run to the store to get new clothes whenever you felt like it. fabric was a luxury, and even rich people only had a handful of outfits total. weatherproof clothes had to be durable enough to last years or decades even with heavy use.

2. It's Made The Old-Fashioned Way: To Last

fast fashion sells the world less and less durable clothes in the hopes people will have to buy more of their products. many jackets are made to last for a season or two, if you're lucky. shopping for new clothes over and over again doesn't just waste time; it's wasteful for the environment.

waxed canvas from an era gone by will actually stand up to its job. the more dirt and grit and life you put into your three-season Scout Jacket, the more you'll get out of it. you can wear the Scout Jacket in rain, fog and cold weather since it has a warm flannel lining inside.

3. It Looks Better The More You Wear It

waxed cotton looks better the more it breaks in. that's not just us saying this, though it's a proven fact that a whiskey stain on a good jacket adds character. for the many years we've been working with the material, it's shown us how radical waxed canvas can become worn and weathered in the best of ways.

You don't have to crumple up your clothes to make them look good. you only have to wear them year in, year out, the way they were intended to be worn. the wax coating holds onto folds and creases that make each broken-in jacket's texture one of a kind.

over time, the fabric will mold to your body and the work you do like, same as on those original waxed-cloth-wearing sailors. in terms of looks, the waxed canvas will take on a subtle patina and pattern over time. that's plain impossible to get from half-polyester-spray glue-n-blend-cotton-whatever. 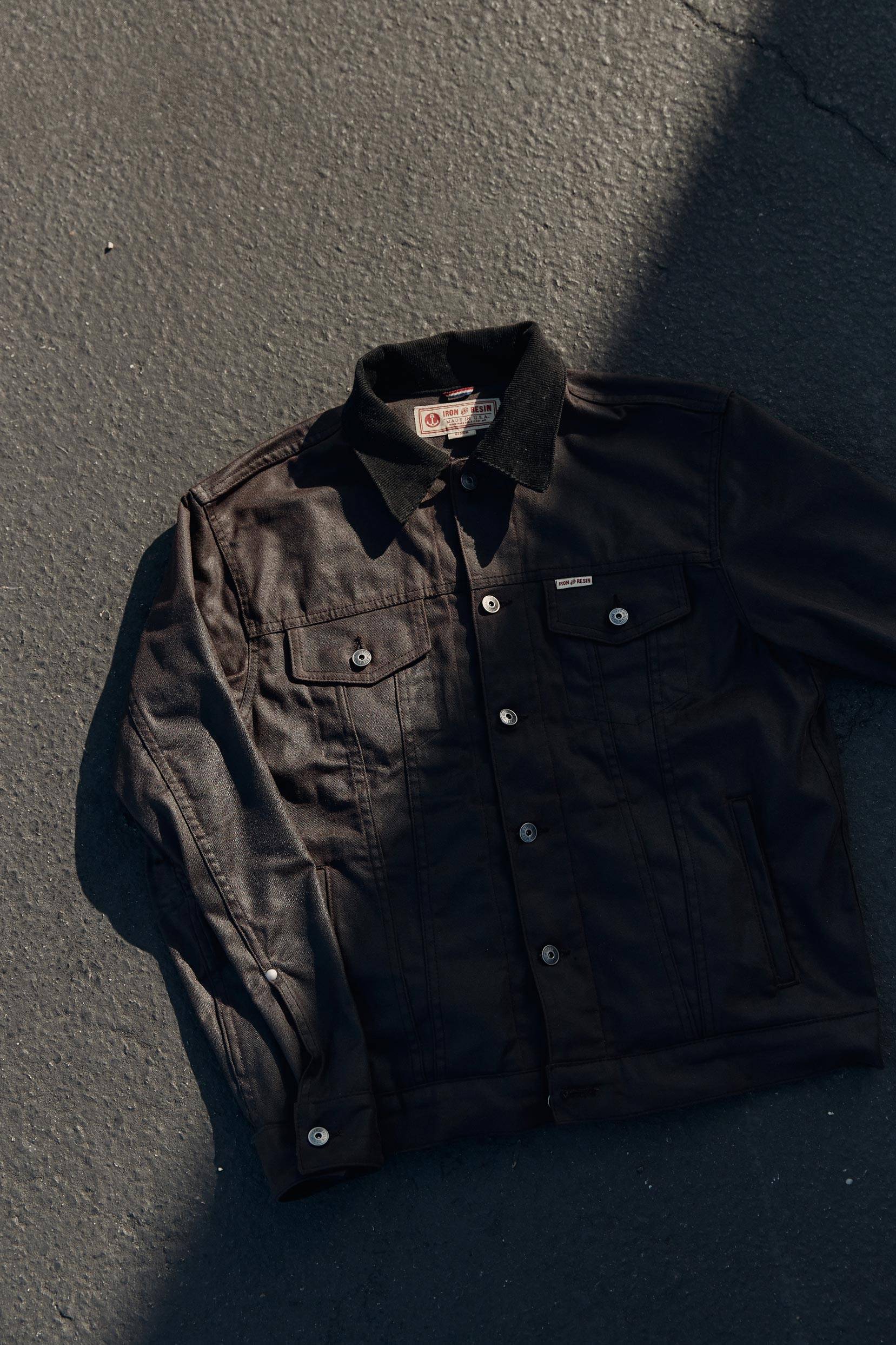